In this blog post, we sat down with Steve Tunstall [ST], Director of Tunstall Associates, to find out more about his background, thoughts on the insurance market, what he thinks of cloud-based analytics technology and the John Foord Analytics platform.

[JF]: Can you tell us about your background in the insurance industry?

[ST]: I started my career in engineering as an electrical contractor in the UK, working with a number of different companies doing big projects.

I got quite involved in valuations early in my career and learned quite a lot about it, with early examples including shopping malls as well as British Gas and Shell projects.

When I moved to Asia, I did a lot of troubleshooting for big companies around the time of the Asian financial crisis.

I ended up as the managing director of Schindler Lifts here in Singapore, which I did from 2001-2004 (in the middle of the SARS pandemic).

I was more interested in risk management and wanted to stay in that side of the industry, so I moved to Hong Kong in 2005 where I set up and ran a risk management consultancy.

Then I joined Cathay Pacific where I was the head of risk, insurance, legal, and compliance for five years, including enterprise risk management for the Swire group as a whole which involved a lot on the property side across Asia.

After eight years, I moved back to Singapore with my wife who is Singaporean, where I became head of risk and insurance for the casino group Genting (also overseeing Resorts World Sentosa).

At the same time, I was setting up my own company and decided I no longer wanted to work directly for global corporates as an employee anymore.

I decided to build my own solution for the long-term future and formed Tunstall Associates, where I work with big clients in the traditional insurance sector covering areas like property, valuations, claims troubleshooting, etc.

One of their challenges is on the valuation side – they need a valuation solution that’s easier and quicker.

I co-founded and am the General Secretary of the Pan-Asia Risk and Insurance Management Association (PARIMA) across Asia, which now has nearly 3,000 members, and I also do a lot on the education side.

My other company Inzsure is primarily an insurtech company offering insurance to SMEs that are very badly served, not only in Asia but globally.

I’m also the director and head of risk and compliance for a cryptocurrency fintech company, which is quite fun (the founder and majority shareholder is ex-Mastercard).

Finally, I work closely with an AI company from South Africa.

[JF]: You mentioned the need for a new valuation solution for the market. Can you share some more insights on that?

[ST]: What John Foord is building with its cloud-based analytics platform is a very interesting proposal for the industry.

Property and corporate tangible assets that require insurance are growing exponentially as a sector, but shrinking in relevance, from an insurance perspective to many CEOs.

These days many companies have offloaded their physical assets, at least in part, to third parties.

Many C-suite teams have only limited interest to considering the risks in this aspect of their portfolio. Globally, the largest corporations are often more focussed on intangible assets.

The main asset owners with a lot of physical assets today are property developers and real estate investment trusts (REITs).

Many other businesses are switching to rental models where they have a more consistent understanding of what their outgoing are going to be, without worrying about something with a huge valuation sitting on their balance sheet that can fluctuate and impact the whole business.

So overall it’s fair to say that hard assets for both big and small companies are significantly less important than they were in the past.

Therefore, putting a lot of time and energy into looking at those assets properly is a harder sell now than it was 20 years ago.

The industry needs something that is easier and quicker but can still provide the same outcome in terms of ensuring sums insured are correct.

[JF]: One of the specific challenges John Foord Analytics may be able to help with is underinsurance in real estate here in Asia and elsewhere, would you agree?

[ST]: Yes that’s right, as you know Asia has exploded economically in the past few decades and one of the areas driving that has been real estate.

There’s been a huge increase in the value of property in commercial developments and offices, as well as condos and factories.

It’s happened at a speed that has few parallels in the West.

Disciplines like surveying, structural engineering, and architecture generally have a long history in the Europe and North America  of generations of expertise where people aspire to reach a certain level and are then trusted with bigger projects.

Such a system ensures sophistication and delivery of the right solutions in the right way.

In Asia, that hasn’t happened as smoothly and we’ve ended up with a lot of cookie cutter work in the design and construction phase as well as the operations phase.

When people are putting real estate portfolios together in this region, there’s a lot more rule of thumb and opportunistic approaches.

They think, ‘I bought a property 10 years ago and paid $3 million for it as a distressed asset, so I’m going to put it in my portfolio as a $25 million property that I’ll sell on after turning it around’.

But under such a scenario, there isn’t always the knowledge internally in the organisation to know to insure it for a $25 million replacement value rather than leaving it at $3 million.

If the whole thing burns to the ground and it’s insured at $3 million, obviously the insurer won’t respond in the way the developer may expect.

That professional knowledge of how you work through things like this, has perhaps not evolved as quickly in Asia as it has in some of the more traditional economies.

Thus, there are some huge potential gaps – not necessarily right across the ecosystem but certainly in pockets – that I’ve seen plenty of times and I am pretty sure is quite common.

There are treasurers and other internal finance people in organisations that are sort of playing pin-the-tail-on-the-donkey with values based on what they paid for properties or what construction costs were 10 years ago.

That means they’re not being valued based on today’s valuations for insurance purposes, and that triggers replacement estimates significantly below market rates on a lot of insurance policies.

Ultimately, this can create a whole world of pain of the asset owners if something really bad happens.

[JF]: If an asset owner faces a disputed insurance claim that could have been resolved beforehand with a quick and simple valuation, surely the discussion around the board room table would be ‘why did you expose the business to millions of dollars in losses when you could have paid a few thousand for an updated valuation’?

However, in reality that conversation is often not had until after the organisation has lost millions and the building has burned down.

At that point the risk manager loses his job.

The reason this is still happening is down to education, at least in part: the risk manager or finance manager may not have even realised they had a problem.

If managers are having to analyse risk at a scale that is beyond their experience or remit, which does happen in many businesses in Asia, then they may not even know how to start the right conversation with an insurer or broker.

What’s interesting with the solution John Foord Analytics is putting together is that if you can market and position it in the right way, it opens up a huge new sector of potential customers who don’t even realise they’ve got a problem at the moment.

The challenge right now is that the ecosystem as a whole is still very dependent on the insurers spotting potential egg-on-face moments for asset owners if they’re under- or over-selling insurance.

If the customer has a building that’s worth $100 million but is only buying $20 million worth of insurance, there’s a big problem – even if it’s not a total loss but a partial loss.

After the risk manager loses his or her job, the first thing the CEO does is complain about insurer X letting them down badly, not paying their bills, and how they had to take a huge loss.

The CEO doesn’t tell the insurer that, but he tells all his other CEO friends at the golf club never to use insurer X because they didn’t meet their promise.

If there is a simple and cost-effective way to solve this, which I’m confident is what John Foord Analytics is, then now is the right time to broadcast it out.

The industry needs this. 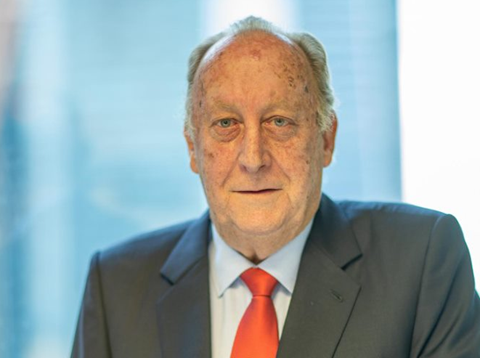 The Value of Legacy Data

To find out more about how John Foord Analytics can benefit you, get in touch with us today and a member of our team will reach out to you shortly.